In this example, the random death rates of predators and prey can be changed with the 1 and 2 keys respectively to values between 0 and 0.9 (90%). You can also change the update delay with d, pause and unpause (p), and step the animation when paused (s). 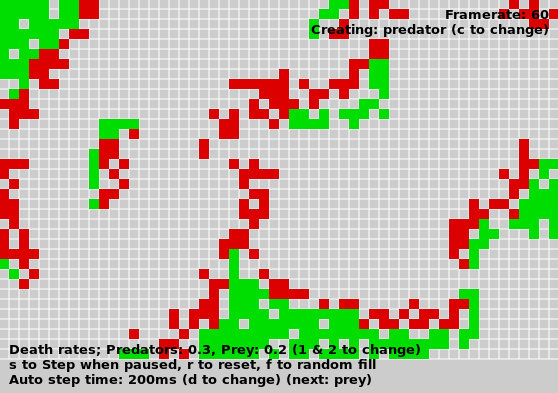 To reset the animation press the r key, and to randomly insert cells press f (more prey will be created than predators).

Modifying the death rates results in some interesting conclusions to the animation:

I advise playing around with the settings of this example to see some interesting outcomes.

Raytracing Lighting on a 2D Tilemap